My sister and I were thinking of baby shower ideas while our other sister was pregnant with her 2nd child. Since she already had a traditional baby shower while pregnant with Caden, we decided to do something a little different. We wanted to include men, children and everyone in between. In the end, we decided on a "Caden is going to be a big brother" party!

Caden was almost 3 years old and we thought it would be cute to put the focus on him and his last days of being an only child. 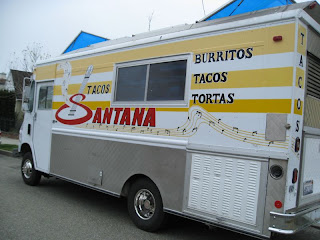 Everyone loves tacos, burritos and Jarritos, so we rented the El Tonayense taco truck! Luckily at that time my brother's family lived on a dead end street. Perfect place for the truck to park and have our guests gather around. 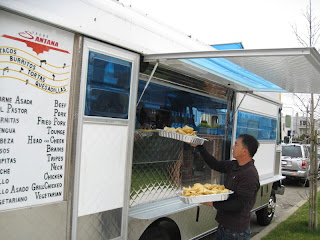 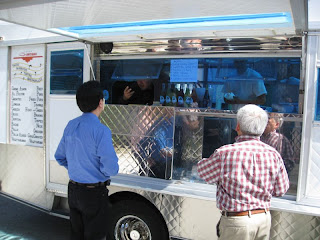 Getting their orders in before a line forms 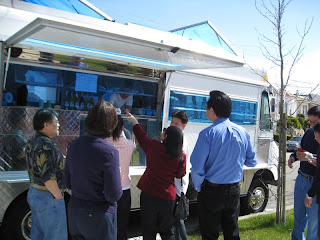 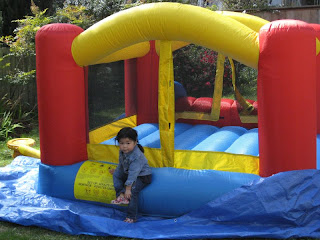 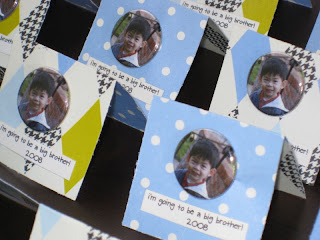 Personalized 1-inch buttons with Caden's picture, set on cardstock were the favors 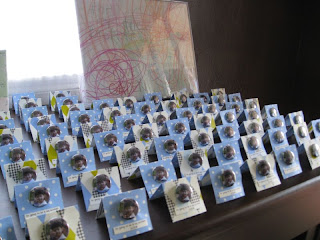 In the end, the party was a big success! Since the taco truck provided a majority of the food, we didn't have much prep to deal with or many dishes to wash after. We made sure to get a good parking space and set out folding chairs in front of the house and inside the garage. Renting the taco truck for the party was a fun experience and I highly recommend it! Thanks El Tonayense!
Posted by val at 10:46 PM