I think it's worth it to have a good, sharp pair of fabric scissors. When I was younger, my mom had a pair of Gingher scissors which she stored in the box when not in use. She always told us to never cut paper with the scissors because they would get dull. I wasn't bold enough to do it, but it was always tempting to cut paper with the shiny scissors. Although my mom has passed, I try not to forget her words of wisdom, encouragement, and helpful tips. Over 15 years later, I finally understand where she was coming from with this helpful scissors tip!

I use my mom's Gingher scissors now and they are the best scissors ever. Ever. They are just as sharp as before and cut fabric so smoothly and easily. I've tried a couple times and bought my own scissors to set them aside for fabric only. But those lazy moments when I thought I could cut paper "just this one time" turned into multiple times, which eventually made the scissors dull and difficult to cut through fabric. 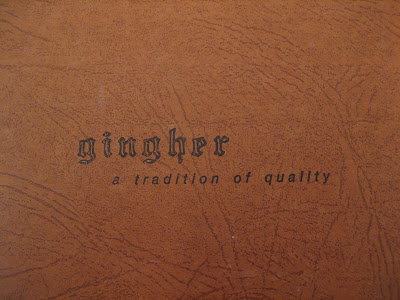 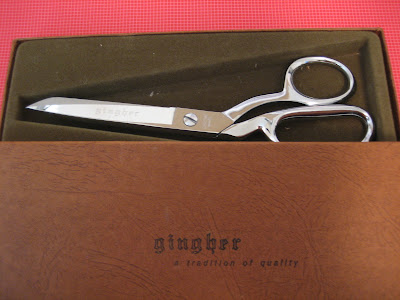 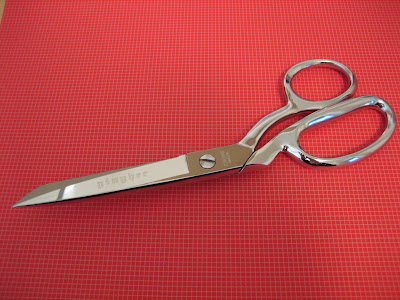 These scissors have never (that I know of) cut paper

Here are some tips for your fabric scissors:
1. Only use them to cut fabric!
2. Store your scissors in a fitted sheath or case.
3. Fasten pins outside the cutting area to avoid cutting through hard metal or plastic objects that might damage the scissors.
4. Periodically wipe the inside blade to keep them free of lint.